Link to this page

Sioux War Council
Order a Hand-Painted Reproduction of this Painting

George Catlin (July 26, 1796 - December 23, 1872) was an American painter, author and traveler who specialized in portraits of Native Americans in the Old West.

Catlin was born in Wilkes-Barre, Pennsylvania. Following a brief career as a lawyer, he produced two major collections of paintings of American Indians and published a series of books chronicling his travels among the native peoples of North, Central and South America.

Claiming his interest in America's 'vanishing race' was sparked by a visiting American Indian delegation in Philadelphia, he set out to record the appearance and customs of America's native people. 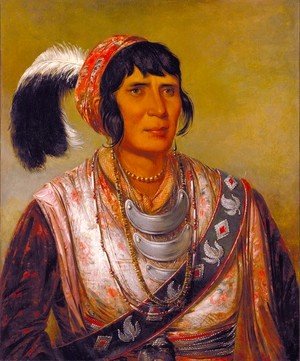 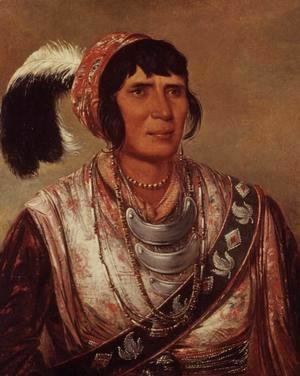 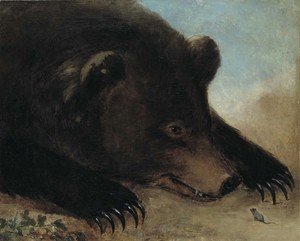 Portraits of Grizzly Bear and Mouse 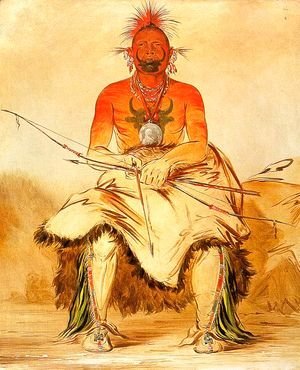 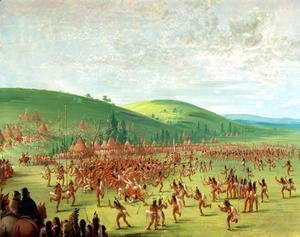 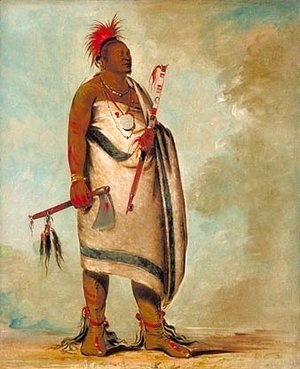 Shonka Sabe (Black Dog). Chief of the Hunkah division of the Osage tribe

Comanche warrior with a shield, lance and bow and arrows, c.1835

Report an error on this page